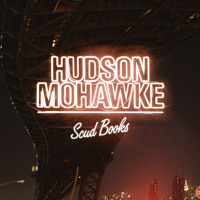 My hat goes off to Hudson Mohawke.

He could have easily exploited his legendary status as a beatmaker for commercial success by filling his upcoming LP with hip-hop features. Instead, Lantern distances itself not only from hip-hop but also from trap, a genre that Mohawke is largely credited for pioneering.

With a faster tempo and less extensive use of abrasive sounds than much of his recent work, Lantern has an undeniably uplifting vibe. The surprising number of soulful vocal features is also welcoming, my personal favorite being “Indian Steps” with Antony Hegarty. Beyond that, it is difficult to make generalizations due to the significant variety between songs; as always, Mohawke is devoted to blazing multiple trails for himself.

His latest instrumental “Scud Books” isn't my favorite track from Lantern, but it certainly showcases the emphasis on melody that is present throughout the album. While the use of horns evokes his work with Lunice, the horns aren't as dominating. Everything feels less earth shattering. The percussion is more akin to a marching band who plays their drums while jogging a 5k race, whereas the cymbal-smashing in a TNGHT track suggests that the band was trying to play while simultaneously riding a bike and send text messages. The synths are also tastefully chosen in “Scud Books.” Set at a pitch and tempo that make them sound like the string section of an orchestra, their frenzied delivery does not detract from their inherent majesty.

Mohawke has a way of making everything blend together so effortlessly that to call him a producer would be to underrate him. He is a composer, crafting 21st century digital symphonies.

You can pre-order your copy here. 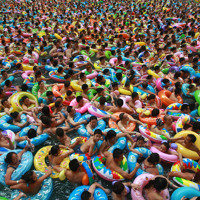