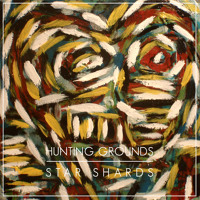 Hugh McClure
Published:
Aug 17, 2012
Total plays:
75,643
Saved:
464 times
Sounds like: The Horrors, The Smiths, Red Riders
Tags: indie rock, indie pop, dream pop
Why do we like this?
Hunting Grounds (formerly Howl) have come along way since taking out the 2009 Triple J Unearthed High Competition. With two EP's already in the bag (Brothers in Violence and Howl "“ both 2010), they've recently released their debut LP, In Hindsight. A two-year gap (albeit occupied with tours and writing) followed the release of Brothers in Violence, and there's a noticeable change in the band's direction. Starting out as a six-piece punk band, their sound has matured significantly over the past few years.

With current single "Flaws" currently dominating the local charts with its somewhat quirky, off-beat take on indie-pop, another track off In Hindsight to look out for is "Star Shards". A frantic and climactic track, it's got the aching bass and terrestrial soundscapes which The Horrors have made famous. Reverb-saturated vocal arrangements complete the reflective feel to the track.

Hunting Grounds promoted their new material heavily, but their music is definitely worth the fanfare. This is a great young band with a lot of accolades ahead as they continue their growth.
- Google Hugh McClure
Streaming source: http://soundcloud.com/hunting-grounds/hunting-grounds-star-shards
TOUR DATES
View all X tour dates for .