Justin Kim
Published:
Apr 22, 2012
Total plays:
1,113
Saved:
27 times
Sounds like: Paul Banks, Julian Plenti, Editors
Tags: hip-hop, soundtrack, tv soundtrack
Why do we like this?
I'm a wee bit behind on this one, but all good things come to those who wait. Mumford and Sons sounds like Fanfarlo meeting Blitzen Trapper. Some songs really draw on folk-inspired rock, while other songs have an old-time country influenced twang. The Mumford and Sons website says, "Since they formed in December 2007, the members of Mumford & Sons have shared a common purpose: to make music that matters, without taking themselves too seriously. Four young men from West London in their early twenties, they have fire in their bellies, romance in their hearts, and rapture in their masterful, melancholy voices."

Indeed, the last sentence lives up to the claim: their songs are alive. I recently read a blog about why we travel and somehow this band has reminded me of that article. The science blog says that travel allows our brain to be more creative, as we open ourselves to a constant stream of surprises. Even once we go back home, and even though everything might be the same, everything is different because our framework has changed. Mumford and Sons does this for me- I feel the confusion that comes from surprise, and it leaves the possibility for newness in discovery. This might sound all too abstract, but I'm saying that while Mumford and Sons might sound like things I heard before, they also take me somewhere new, and in the process leave me wanting more of what they're creating.

Here we're highlighting their 2009 single, "Little Lion Man." Now, be sure to give the full song a chance, listen for the builds, the raw bits, and the moments when you're not sure how all these sounds fit into one continuous beautiful echoing sound. Their most recent single, "Winter Winds" is also one for the early 2010 playlists. Dust Bowl Dance attempts to go for bluesy vocals, but it misses the mark for me, and makes it one of my less favorite songs on the album. As a whole, if you're in the mood for some old-time style folk, these guys are for you.

British indie folk rock seems to be a school of music coming from across the pond these days (it probably helps that members of Mumford and Sons literally went to school with members of Noah and the Whale.) And let's be honest, the Brits seem to know how to make this specific sound, in ways that call for crooning Englishman vocals to get in right. Mumford and Sons: now we're all onto you.
- Justin Kim
Streaming source: https://www.youtube.com/watch?v=LNBJSei0XV0
TOUR DATES
View all X tour dates for . 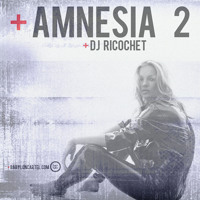 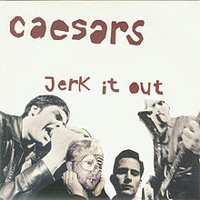 Caesars - Jerk It Out