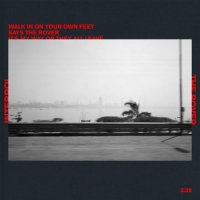 “The Rover” is the first single off Interpol’s much anticipated sixth album, Marauder. Very true to form, the track marks the return of the ever-gloomy rockers with all the energy and malaise we have come to expect from the band.

Fresh off the back of celebrating the 15th anniversary of Interpol’s genre-defining Turn On The Bright Lights, the band was invigorated by their live performances and inspired to record new material. The official press release promises an “adventurous departure in sound,” at the hands of producer Dave Fridmann.

I will reserve judgment until the album comes out, but on “The Rover,” Interpol has arguably not steered very far away from their signature film noir guitars or the vocal depths of singer Paul Banks. Nevertheless, the sound is a comforting throwback to their indie triumphs of the early '00s, and it is doubtless that Interpol fans will greet them with open arms.