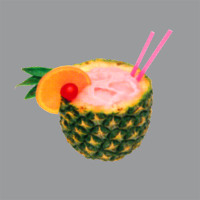 Last weekend, the French masterminds that form Phoenix headlined the final day of  Lollapalooza 2013. Rolling Stones' Dan Hyman wrote that Phoenix "delivered the best performance of the entire weekend" and that the band is "undeniably worthy of the massive stages "“ and dollars "“ they now command."

Phoenix became a household name after their release of Wolfgang Amadeus Phoenix in 2009. The band was propelled into the brightest spotlight with their irresistible hits "1901" and "Lisztomania." They graced the stages of the world's biggest music festivals. They won a Grammy. Wolfgang went certified gold. Read any interview with the band (starting with this one) and you can tell how deserving this talented group of lifelong friends is.

Before their Chitown performance, we had the pleasure of speaking with bassist Deck d'Arcy. The heavily accented musician spoke about the band's wildest purchase to date, being selfish in the studio, and how they still have a [healthy] fear of failure.

You headlined Glastonbury and Coachella this year. You're gearing up for Lollapalooza, and a slew of other festivals including Austin City Limits, Leeds, and iTunes Festival. Do you still have an opportunity to play smaller shows?

Yeah, actually yeah. It's pretty often that we play small shows and festivals. It's exciting, playing a very small stage when the crowd is close. The problem with a big festival is the crowd is like 20 feet away from you and you can't really see them, you know? A small crowd is a very different thing.

There's a different approach to [both]. When you play a festival you kind of have to win the audience in a way, because half of them don't really know who you are.

You recently debuted a hilarious video for "Trying to be Cool." It actually opens with you throwing a jacket and missing the coat rack. Hilarious! How was shooting that video? Was it a long process?

It was very long, but it was the most fun shooting we've ever did. It was pretty cool. We had to trust the director. We are all pretty control freaks in general. We had a very good meeting with them before and we were on the same page. We trusted them to let them do what they wanted...we really enjoyed it. The shooting was very intense, but it was really funny and in the end we were all super happy with this video. It's our favorite video ever.

It's pretty hard just in one day, or two, to make one of your fantasies happen. When you record, it's a very different thing. When you record an album you can go back to [the studio] as much as you want. I would never be a movie director with my time. It depends on so many things that have to happen perfectly the day you shoot it.

Yeah, I'm probably a better musician than a video or movie director.

Your fifth album, Bankrupt!, dropped in April. I think my favorite thing I've read is that you request fans listen to it three times before passing judgement. What are you most proud of on this recent release?

We wanted to make an album that would grow on people. It's the kind of music you have to research more. This is our favorite album like that... after [listening] a while, [it] becomes your favorite album. This is what we tried to achieve.

Most of your new album deals with the absurdity of wealth and fortune. What is one of your favorite big splurges to date?

We recently bought the Michael Jackson recording console from California, which was a pretty crazy purchase. We've never did something like that before. We had to buy a console mixing desk and this one was available, so we got it. This is one of the crazy things we've purchased.

I also read the album's name was chosen as a reference to being on the edge of failing. You are a massively successful, internationally admired, talented band. Do you still worry about failing?

Even in the studio, we never know, when we finish a track. It's very fragile... it can just collapse. We [work] to achieve what we have in mind. This is the hardest thing when doing an album, to translate what's in your mind to actual sound. I'm talking only about artistic failure.

You were interviewed by the magazine Under the Radar a few years ago, talking about Wolfgang Amadeus Phoenix. You were asked about the success following that release and you mentioned that you never planned for it to happen. You said the album was done in the "most selfish and pure way." Did you feel like you still had the ability to be selfish with Bankrupt!?

We always make our albums the same way, which is in a very selfish way. You know we grew up in Versailles, which is one of the uncoolest cities in the world. We never really had an audience. We always grew up thinking that we would listen to our own music and that we would never find an audience for it. It was not a problem, it was just like that.

We always made music like that without really caring what people would think or not, and the last album maybe even more. For Wolfgang Amadeus it worked really well, so we did it the same way. Actually when we finished Wolfgang Amadeus Phoenix our friends didn't seem to like it and we thought it would not work. But were already really happy about it. We thought it would not be successful, because it had a rare direction to it. For some reason it worked perfectly.

We always do the same because this is what people expect from an artist, to give what they have. You give 100 percent of what you have in yourself and that's it.

Trying to find success is always a failure in itself. It would be successful if it was something new and fresh that no one's heard before. I mean artistically successful, of course. You never know if it's going to meet or not what people are expecting. This is the only way of doing music, to be selfish. I don't know any other way than this.

(Laughs.) We don't really count in days or months. We try to work with timelines and it's always a disaster... I don't know why, but we procrastinate a lot. We always leave it till the very last minute. Usually we all work better under pressure, pressure of time.

What do you still hope accomplish as a band? What's left on your bucket list?

We still want to go on writing songs, and discovering new ways of producing them and arranging them. But we would really like to have time to make a soundtrack as well, from A to Z. We've collaborated on some tracks but we've never did a proper one. We never really had time or the opportunity. It's something that has to happen in a very natural way.

Just losing control for once, because when you do an album you give everything, but at the same time you control everything. You have to decide on everything. And we would like to have to work with someone we trust completely. That would be an honor.

I actually just moved into my new flat, so I am very happy in my new flat. (Laughs.)

Congratulations! Is your new place in Paris?

Yes, I've never had a real flat before. For the majority of my life, I've always been on the road, moving from place to place. Now I really like my place. 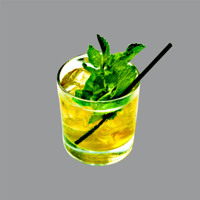 Phoenix - Trying To Be Cool/Drakkar Noir