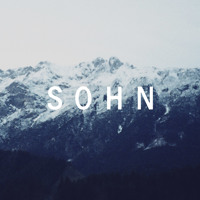 Brontë Martin
Published:
Nov 30, 2012
Total plays:
8,549
Saved:
91 times
Sounds like: Purity Ring, Sr. Sly
Tags: Electronic, electro-pop, ambient
Why do we like this?
We featured S O H N's "The Wheel" back in September of this year, and now is a good time as any to resurrect them from the Indie Shuffle archives.

Combining layers of minimalist electronica with seeping, mystic vocals, this Vienna-based soloist is hot on the industry's radar. S O H N has came out of virtually nowhere, and in mere months has taken the blogosphere by storm with his recent release of The Wheel EP. If you haven't heard of this honest and captivating delicacy, you are in for a real treat. With only four tunes floating around the Internet for listening pleasure (including "W a r n i n g s," which I have featured), we don't blame you for fiending for more.

How did the formation of S O H N begin? At what point in your life did you realize this was something to pursue?

I'd been making music for years and then suddenly S O H N just appeared out of one of the tracks I was working on  - a different voice (musically) to the one I was used to came out. I suppose the answer to the second half of the question is; I'm not sure, I've been pursuing my sound forever - but in terms of deciding to start making music as a career, again it's the only real thing I ever considered.

You're still extremely new in the music industry but your sound has gone viral. What has it been like so far?

It's been bizarre - I had been quite insulated in making my sound so I had no idea about new music websites, what was being made right now, what was popular etc. I was quite unprepared for the speed with which things have moved forward... One day "O s c i l l a t e" went up, then people were talking about it, 2 weeks later "W a r n i n g s," then it seems like everybody in the music industry got in touch all at once. I decided to release the first EP with Aesop, and then "The Wheel" went up and it got even more intense. But I'm in Vienna still, away from all that stuff, the hype and the industry. So I'm pretty detached from it all.

In a few words, how would you describe your signature sound?

There was none - there never is for me. I started playing around with a hardware synth that a friend lent me (I've just given it back to him and bought my own on ebay now) and a new drum synth I have, and the sound came together. Then I freestyled over the top, some of the words stuck, and I went back and wrote lyrics around the words. Then there is a discovery process, I read the lyrics back and realize what I'm saying, and re-work the track to fit.

What inspires your musical process?

I guess experiences in the outside world, discovery in the studio, self-discovery and images. Often tracks have images associated with them as they come together, and that affects the musical choices I make.

If you were to collaborate with someone you really look up to, who would it be and why?

I honestly have no idea - I don't really look up to anyone in that way, I really honestly consider us all just people"¦ saying that, Jack White would be interesting to work with...

The response to "Wheel" has been pretty impressive thus far. What has that feedback been like for you?

Yeah, it was kinda crazy. It's been dangerous, feedback and compliments are something that as an artist I think it's quite important to stay away from as much as you can - I used to find it quite hard dealing with criticism, and if you can't take criticism then you shouldn't take compliments to heart either.  People will like and dislike, that's just how it is, and if you get excited when people like what you do you set yourself up for being upset when others dislike it. In general now I try to stay objective and calm.

What do you find you look for in a song as a listener? What does it have to have to be given your "thumbs up"?

Two things excite me in music - tricks and honesty. I love it when I hear someone do something outrageously tricky or clever within a track, but it has to also come from honesty to make me love it. What I mean by that is that I need the person who made it to feel it 100%, be it electronica, avant-garde or pop. If the people behind the song honestly feel it, the results can be so much better than the average mulch.

What are some future plans? Ideal? Realistic?

I guess the next real target is festivals next summer, choosing how/when to release an album, and some movie soundtracks would be nice. The main aim right now though is just to keep on keeping on!

You can buy The Wheel EP digitally off iTunes or in 12'" vinyl.
- Google Brontë Martin
Streaming source: http://soundcloud.com/sohnmusic/w-a-r-n-i-n-g-s
TOUR DATES
View all X tour dates for . 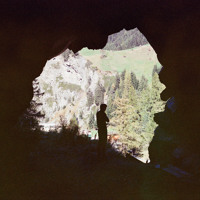 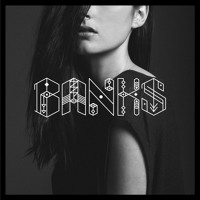