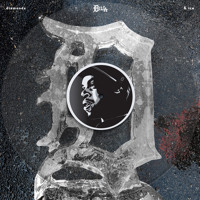 sweeney kovar
Published:
Aug 02, 2013
Total plays:
8,592
Saved:
122 times
Sounds like: Madlib, Alchemist, House Shoes
Tags: hip-hop, j dilla, madlib
Why do we like this?
When I first encountered J Dilla (or Jay Dee) as an MC, I was at my lyrical-miracle backpack peak. I practically walked around like Pig-Pen with headphones, mad real son. So you can understand the quixotic position I found myself in when the producer all my idols were idolizing was rapping about his chain, his gun, and very large asses. Blasphemy!

Eventually, I relented. Shit was dope, very dope. Dilla was able to transcend in all his musical efforts, from the beat machine to instrumentation to MCing. He mastered using his voice as an instrument, every syllable and cadence hitting with purpose and deliberation becoming a vocal mirror to his production.

While the years following his passing have seen Dilla imitated, bitten, and canonized, we have just finally started seeing his vast unreleased discography getting official releases. Some have been dope (Lost Scrolls) and some have been heart-wrenchingly bad (Rebirth Of Detroit) but one piece that was key remained absent -- his unreleased MCA project that had Dilla step to the forefront as an MC and let other producers handle the beats. Pay Jay, as it was known, sat on the shelf even after suffering a leak in 2007. Now, six years after that leak, the LP will see the light of day retitled as The Diary. Fully mixed and mastered, this is the posthumous Dilla release I am most anticipating.

"Diamonds," the track we're streaming today, was a fan favorite years ago and sounds just as sweet today, as Rappcats reports:

"This EP contains what might be the two best known tracks from The Diary "“ one leaked years ago in the form of a low-bit MP3, and another as a short-lived promotional single. These versions "“ both final and alternate mixes "“ come straight from mixed-down masters that Dilla himself created. 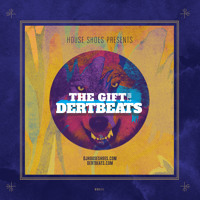