Jason Grishkoff
Published:
Sep 11, 2013
Total plays:
14,431
Saved:
333 times
Sounds like: Michael Jackson, Justin Timberlake
Tags: indie pop, electro-pop, dance
Why do we like this?
Where to go with this one? I suppose it's not the normal type of song that I'd find myself covering, but something about Jhameel's Michael Jackson-inspired grooves on "Feisty" has captivated my attention. Perhaps you're in the same boat?

The song comes as the first single off the Bay Area artist's upcoming album Lions Den, and marks a stark contrast to his recent song "Move Me," a collaboration alongside DWNTWN and Giraffage. In my book that's quite alright: a little variety can be the spice of life, and in this case it appears as if Jhameel is poised to keep up his entertaining approach to music. 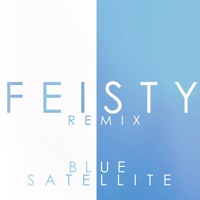