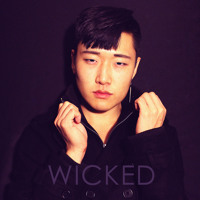 Jessica Deeken
Published:
Dec 18, 2011
Total plays:
52,025
Saved:
264 times
Sounds like: Imogen Heap, Starfucker
Tags: indie rock, indie pop, electro-pop
Why do we like this?
Jhameel writes pop songs out of the elements "“ catchy as hell melodies and straightforward lyrics. The boy can sing, and he's perfect for indulging your indie holiday get-down spirit. He also has an instinct that pairs the pop formula with a more sophisticated, soulful layer gleaned (at times borrowed) from masters like Michael Jackson and Prince.

Whatever mood strikes, there's a Jhameel song that can deliver. These are all posted on Soundcloud for download, along with LP The Human Condition, released only 6 months ago.

All over DIY promotion, Jhameel's bio includes "skills" in five very diverse languages and a stint in the navy (that ended over an objection to military presence in the Mideast, which comes off as little more than political grandstanding). He's gained a huge following online and will self-release this album. Oh, and he mixes everything himself.

One more thing, he apparently makes leather bracelets, available on his website.

Released track by track, one week at a time, we now have the complete EP, by mood:

Philosophical: "Pursuit of Glory" "“ On acoustic guitar, this song makes a strong and beautiful sentiment about being, well, "thirsty for art, hungry for power and money." A hook at the end sounds two shakes Bittersweet Symphony, but doesn't really add or detract from this beautiful song.

Somber: "Waves" "“ The title track is the go-to if you're not obsessed already. Featuring his amazing voice, a pretty piano, and a maraca.  It'll get you hooked.

Plucky - "Collision" "“ Dance track! Guitar, horns, funk beat. I could hear a lot more of his snarl: "Sexy's a religion darling, give me your attention!"

R&B: "White Lie" "“ C'mon, tell me R&B isn't a mood?  This track wasn't my favorite. The breakup song has lyrics like, "I love you very much and this is surely not a lie" Not the most imaginative lyrics, but his crooning R&B voice is still amazing.

Ecstatic, Hallelujah: "Wicked" - Hit that crazy synth again, holy crap: "I'm not the first to be wicked and narrow. You can't hurt me anymore." This song is catchy, catchy, meow!