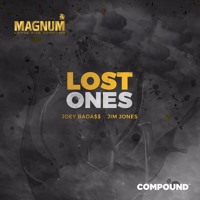 Cross-brand marketing in music is a strange, strange world. "Lost Ones" is a new track from Joey Badass and Jim Jones, released as part of a three-track hip-hop release from Compound Gold, a project presented by condom brand Magnum (Magnum Large Size to be specific).

The first track in the series featured Dave East and BJ The Chicago Kid, while the forthcoming third track is set to feature Beanie Sigel and Jadakiss.

Joey's verse is intimate and powerful, speaking about someone he loved and lost. It's remarkably introspective and incredibly personal. Jones' verse comes in after the second hook, his vocal tone an interesting contrast against Joey's deep voice. His verse also talks about someone that he's lost, adding to the dark and sobering feel of the song.

Say what you will about branding and advertising - whether this track will make you want to go out and buy Magnum condoms or not isn't the point of this review. The song is really great, and I'm happy to leave my judgement about its funding at the door. 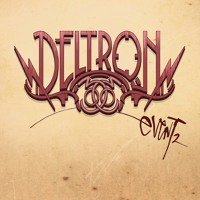 Deltron 3030 - City Rising From The Ashes