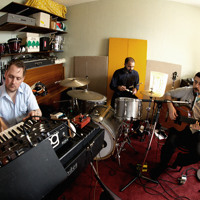 I'm trying to slow things down, and the new free EP by Junip may just be the perfect soundtrack for my life right now: there's a tinge of sadness, but ultimately it's cheery. While Junip may be most notable for the fact that Jose Gonzalez is a member, the band has a sound that's considerably upbeat (when compared to his solo work). This is no doubt due to the rounding contributions of Elias Araya (drums) and Tobias Winterkorn (organ, synth). Junip's tender sounds walk the line of experimental, but the sounds never quite make it to edgy.

While there's not necessarily any lightening up on the use of Gonzalez's voice, one will hear a greater emphasis on his hums in sync with the other instruments, perhaps alluding to a rockier side, but still heavy on the early-morning-acoustic-folk-ambiance feel. The lead single of the four-track EP by Junip, "Rope and Summit", sounds like it could be off Gonzalez's "In Our Nature", if "In Our Nature" had been plugged in with more instruments. The song deserves all the buzz it's getting, as the instrumentation is catchy, the lyrics vague, and the hushed hazy vocals all too familiar. The second song, "Far Away" keeps the mood up, while things slow down a bit with "At the Doors" and "Loops."  "At the Doors" sounds like it could be a live improvisation -- I keep waiting for a band member to make an unexpected play, but in the end they just hold it all together; the bells, the scratching, the brush on the cymbals, the hums: it's all packaged together well.

As a long time listener of Jose Gonzalez, it's refreshing to hear classic Gonzalez with some new improvements. Indeed, this leaves much hope for the full-length Junip is set to release in mid-September. In the mean time, their EP is currently available for free on the band's website. 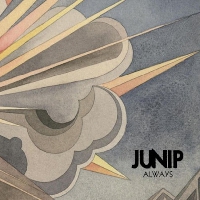 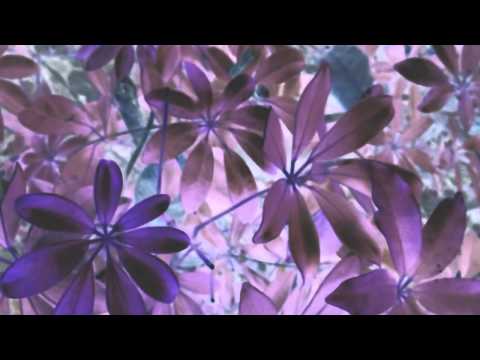 Jose Gonzalez - Leaf Off / The Cave