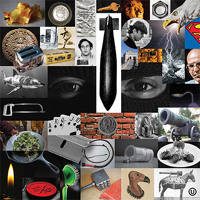 sweeney kovar
Published:
Apr 17, 2012
Total plays:
9,182
Saved:
25 times
Sounds like: Nas, Roc Marciano, Pete Rock
Tags: hip-hop, underground hip-hop, NaS
Why do we like this?
Ka is far from a newcomer, but prior to his buzz-worthy sophomore LP Grief Pedigree, only the most die-hard hip-hop historians would have recognized his name. A 70s baby, the Brownsville MC has surfaced a few times before, most notably with the group Natural Elements more than a decade ago.

About a year or so ago, Roc Marciano (who Ka has joined forces with in a group by the name of Metal Clergy) began to be heavily touted by people like me (and more influential rap commentators) as heralding a revival of the 90s boom-bap aesthetic and feel. Ka falls directly into that same continuum, but takes Roc's introspective everyman approach a bit further.

A quick glance at his bio explicitly states just how much of an everyman this Brooklyn rhyme-smith is; he's a married man with a 9-5, and Grief Pedigree was an entirely self-funded effort, off the hip so to speak. His bars are based in reality in a way that is less processed than some of his peers. His honesty and earnestness is palpable on tracks like "Decisions" and the midnight ballad "Every..." that we've chosen to stream here.

Ka released Iron Works in 2008, but it is his most current LP that seems to have been the spark that has slowly begun to attract many to his work. For fans who still enjoy potent lyrics and heartfelt stories, Ka is proof that the mic is just another instrument and age ain't nothing but a number.
- Google sweeney kovar
Streaming source: http://soundcloud.com/brownsvilleka/ka-every
TOUR DATES
View all X tour dates for .