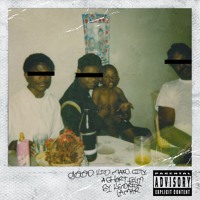 Devin Duckworth
Published:
Nov 01, 2012
Total plays:
19,973
Saved:
217 times
Sounds like: Jay Electronica, A$AP Rocky, Big K.R.I.T.
Tags: hip-hop, rap, kendrick lamar
Why do we like this?
Before I heard "Backseat Freestyle," I didn't know that much about Kendrick Lamar besides the fact that he recently released his highly anticipated album, good kid, m.A.A.d. city, to the masses on October 22. I wasn't convinced of the first couple songs I had heard, but when the blogs started blowing up about this track, I knew I had to find out what all the hype was about. Good thing I did.

He starts off "Backseat Freestyle" by comparing himself to MLK Jr. -- not by means of accomplishments, but more as a voice of his generation. And although he didn't actually freestyle this song in the backseat of any vehicle, the hooks and minimal productions from Hit-Boy makes this a really easy track to vibe on. Even when his vicious snarls in the third hook chime in, the amplification of the verses take it to a whole new level by the time the song ends.
- Google Devin Duckworth
Streaming source: http://soundcloud.com/alejandro-hernandez-177/kendrick-lamar-feat-meshuggah-backseat-freestyle
TOUR DATES
View all X tour dates for .