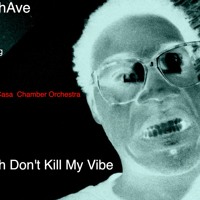 sweeney kovar
Published:
May 11, 2013
Total plays:
11,023
Saved:
175 times
Sounds like: Sene, Knxwledge
Tags: hip-hop, instrumental hip-hop, covers
Why do we like this?
Folks have been saying that hip-hop is not "musical" since fanny packs were popular, maybe even before that. I guess one could see that arguments' root, however flawed, but in 2013 there can be just as much effort and musical ability put into a rap song as any other.

Saxophonist Sly 5thAve comes from the hip-hop cannon, but is able to do so much more. A frequent collaborator with Sene and the Brooklyn artist collective The Clubhouse, he's lent his musical chops to Sene's Brooklyknight LP as well as a gang of other projects. His ability and hustle has not gone without notice; the Purple One recently tapped the brass player to join his band on tour.

That hasn't made Sly hit the brakes, though. As part of an ongoing cover series, Sly recently released an instrumental cover of Kendrick Lamar's "Bitch Don't Kill My Vibe." Along with a cast of characters labeled The ClubCasa Chamber Orchestra, he reinterprets Kendrick's single into an instrumental, live-instrument interpretation.

The good folks at OkayPlayer explain a bit more:

"Well this is just all types of awesome. The homie Sly5thAve and The ClubCasa Chamber Orchestra are going to start putting out weekly releases of reinterpretations of popular songs, and they get things kicked off  with this smoothed out cover of Kendrick Lamar"˜s "Bitch Don't Kill My Vibe." The reinterpretation was produced by Sly (also on Saxes, Flutes, and Clarinets) featuring Jay Jennings (Trumpet, Flugelhorn), Joey Rayfield(Trombone), and mixed and mastered by Nolan Thies. Listen below, and look for a new one next week." 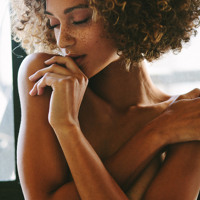