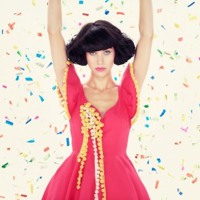 RSkotarczyk
Published:
Dec 06, 2012
Total plays:
23,832
Saved:
296 times
Sounds like: Tensnake, Amtrac, Moon Boots, Para One, Lukas Lyrestam
Tags: house, dance, female vocalist remixes
Why do we like this?
I have a confession to make. We all know that Kimbra released "Cameo Lover" last year. This isn't news. Maybe I had heard the track in passing, but I wasn't invested enough in Kimbra to give her a fighting chance. I had forgotten about the tune until I recently stumbled on this disco house remix by Australian producer GLOVES.

It took me a minute to get into this version too, but within a day I was playing this thing out like it had an expiration date. It is now to the point where I know all the words. So when my friends asked me out to karaoke, I instantly thought, "I hope they have that Kimbra tune!"

As minor preparation (knowing the karaoke bar wouldn't have the GLOVES remix) I searched for the original and anticipated learning that version with just as much zeal.

But dear readers, I was completely flabbergasted at what I found. "Cameo Lover" smacked me in the face with a chorus that not only sounds completely random and out of place, but WAY out of my range. I'm sad to say, there will be no "Cameo Lover" for me come karaoke night.

But the real confession is that I feel really bad about not liking the orignal. I'm usually so accepting and unbiased, but... it's horrifying. That chorus horrifies me. Maybe I should give it another chance? Maybe it'll take a minute to sink in? I mean, I tried, I really tried. I even sang along as best I could, but all my senses were like, "Noooooo! All the steeze has left the building!"

Sorry Kimbra, GLOVES made me think that there was something between us, but then you went and dashed my karaoke dreams with your weird random show boat chorus. Sigh.
- Google RSkotarczyk
Streaming source: http://soundcloud.com/thisisgloves/kimbra-cameo-lover-gloves
TOUR DATES
View all X tour dates for . 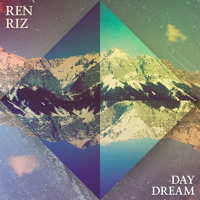 Ren Riz - What I Want