Hugh McClure
Published:
Sep 06, 2011
Total plays:
99,955
Saved:
532 times
Sounds like: Amy Winehouse, Feist, Camille, Joss Stone, Gotye
Tags: female vocalist, indie pop, R&B
Why do we like this?
Australians have an underhanded habit of claiming successful New Zealanders as our own. Born in Hamilton, New Zealand, but now residing in Australia, Kimbra (Johnson) will no doubt be the next Kiwi musician to be pilfered after the release of her debut album, Vows.

As a child, Kimbra began writing and playing guitar at a very early age. Despite no formal vocal training, she finished as runner-up in a national talent competition at just 14 years old. Despite her obvious talents, she also needed to make the tough decision to relocate to Australia at 17 after being scouted by Mark Richardson (who had previously worked with a young Jamiroquai in the UK).

The next few years were spent writing, researching, and working with other musicians in order to widen her mind. Her patience and hard work has paid off handsomely, as Vows is exceptionally multifaceted. Part smokey jazz, part delectable pop, part experimental R&B, this album slides effortlessly between genres.

The first single "Settle Down," written before her relocation, uses looping vocals and deep bass tones to merge her urban and experimental styles with exceptional results. "Cameo Lover" has a funky disco edge which is beyond catchy, a track which breaches the barriers of conventional pop music. Recent release "Good Intent" is effortlessly cool, while "Call Me" is a classic R&B song, albeit with that unmistakable Kimbra touch. Each track on this album has been carefully pieced together without a single chink.

Her feature on Gotye's "Somebody That I Used to Know," one of the most played tracks on Australian radio at the moment, couldn't have come at a better time. While this was a great introduction to the public arena, Kimbra is just as phenomenal on her own and will no doubt prove that fact to those unfamiliar with her solo work. Setting off on a tour of Australiaand New Zealandto share Vows, it's only a matter of time before her talents are appreciated globally.

The world is this young woman's apple. 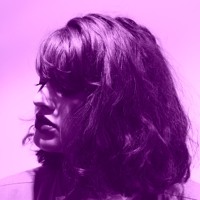 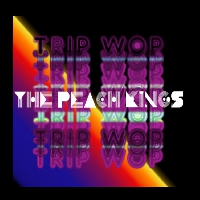 The Peach Kings - By Your Side