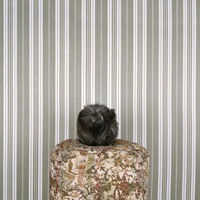 Christiana Bartolini
Published:
Oct 29, 2011
Total plays:
32,402
Saved:
69 times
Sounds like: Wild Beasts, Apostle of Hustle, Real Estate
Tags: indie rock, ambient, experimental
Why do we like this?
I just discovered Kinnie The Explorer about a half hour ago, so I'm right with you shufflers in discovering their fun new single, "Scissor Dance." Kinnie The Explorer is from the UK and are preparing to release their self-titled debut LP on February 1.

I've had this song on repeat since I've found it; I'm still trying to let it sink in. I won't lie, I was a little confused at first, "Is this good or just a poor attempt at trying to be good?" but then I let it play a few more times and found myself really loving the entire direction of the track.

It starts off with a smooth and fast beat, and soon thereafter, an entrancing guitar and trippy bass kick in. Then lead singer, Pete Lanceley's swift shakey vocals drift in. I think I even heard a drawn-out synth midway through the track. Soon it's a progressive mathematical indie pop party. If you were to spin in circles with your head up to the sky, this song would probably fit into that scene perfectly.

Make sure you listen to the entire song so you can hear the break down of a perfect prog-rock jam of sorts towards the end. It ends as quickly as it begins and morphs into a calming dream-like atmosphere. It's hard to tell what Kinnie The Explorer will deliver with their debut LP but I certainly cannot wait until February 1 to find out!
- Google Christiana Bartolini
Streaming source: http://soundcloud.com/kinnietheexplorer/scissor-dance-1
TOUR DATES
View all X tour dates for . 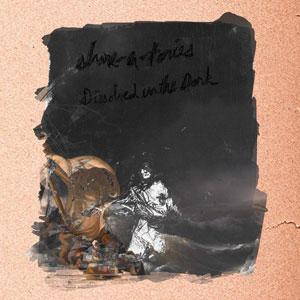 Sounds like: Everything Everything, The Antlers, Alt-J
Tags: indie rock, ambient, experimental
Save (94)