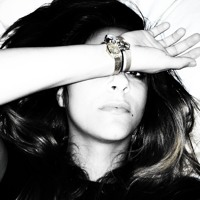 "There's an art to your destruction."

Coming fresh out of Brooklyn, Kodacrome is an imaginative twosome who are as creative as they come. The duo are about to grab the attention of not only your ears, but your eyes, mind, and body in their newest piece, "Immaculada." Why? The indie electronic duo have also paired their latest jam with an intriguing video (see below) that pulsates with stop-animation artwork to give your senses one more thing to fixate on.

Premiering here on Indie Shuffle, "Immaculada" is an eerie electronic track that moves, sways, and pulsates with heavy tribal beats and synths, providing the full spectrum of grooviness. Kodacrome singer, Elissa LeCoque, shares her colorful thoughts with us for "Immaculada and its hand-drawn lyric video:

"After reading this book called The Decline and Fall of Practically Everybody, I decided to write a series of historical portrait songs as an exercise. The piece I did on Christopher Columbus ended up being the only one I kept, and after some tweaking, it turned into "Immaculada." I was really amused by how the author, Will Cuppy was able to pair down a lifetime of obsessive ambition to a little man chasing down some cinnamon sticks in his boat. Ryan [synths/instrumentation in Kodacome] and I had been playing with the idea of water with the record so far, and had touched upon how water can be soothing, or foggy, or a slow drip, so this idea of water being a feverish vehicle for exploration was a new twist for us to work with for the album.”

"Immacuada" is the second single from their forthcoming debut album calledAftermaths, which is set to be released on July 8, 2014. Also, if you are in the NYC area June 27, be sure to catch Kodacrome at Glasslands as they will be playing alongside Oscar Key Sung- should be a good one! 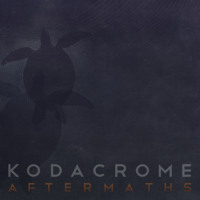