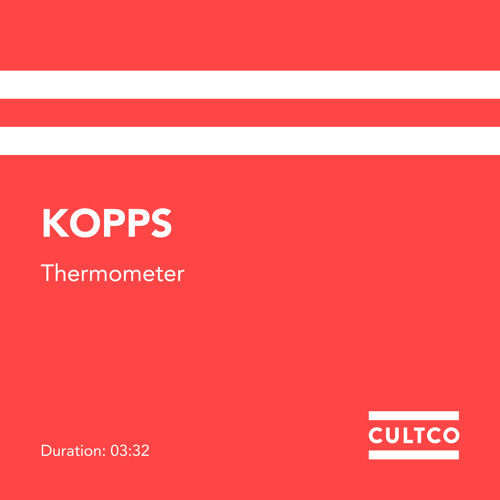 KOPPS first popped up on our radar when they did an amazing collaboration with Joywave on the track "Tongues." They then followed it up with an emphatic single titled "Mourning Sex," which again saw them collaborate with Joywave.

Clearly the combination stuck, because Joywave's Daniel Armbruster has once again been brought to the plate for production of this new single "Thermometer." And boy oh boy, does this one have a lot going for it!

The song opens with a funky riff that instantly reminds me of Asteroids Galaxy Tour -- but the similarities stop shortly thereafter. Somewhere along the line it goes full on Lady Gaga, though that comes as little surprise given prior singles. Net result? You won't be able to ignore "Thermometer."

Digging this? Be sure to check the band's prior work here.