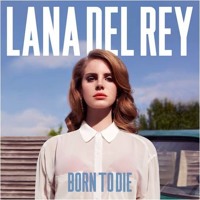 Several Indie Shufflers have been posting Lana Del Rey new releases and remixes for the past few months in anticipation for the final release of her debut album, Born to Die. Well, the time has finally come, and although little is left to the imagination, we eagerly accept the compilation with open arms and ready ears.

Music bloggers across the globe have been lured under her spell while others have been giving her flack for her precipitous musical makeover, her subsequent rise to stardom, and more recently, her less-than-perfect SNL performance. Despite what other preconceived sentiments these individuals may have, I think its high time we skip all of the rubbish and dive right into what people actually care about: the music.

"Off to the Races" is one of the more upbeat songs you will find on Born to Die. The lyrics are crisp and considerably blunt, the beats waver in and out but they are never dull and once the chorus gets going, her gentle melodic allurement shifts suddenly into a rather brash fluctuation of harmonies.

"National Anthem" is a rather girlish rap attempt, but for her, it just works. With lyrics like, "Wining and dining, drinking and driving/ Excessive buying overdose and dying" you can assume that her definition of an anthem is a little more severe and thrilling than most would usually reveal.

The stormy "Dark Paradise" and soulful "Million Dollar Man" are both tracks that you could associate with an episode of Twin Peaks, they're dark, lovely, and altogether heartbreaking.

"Summertime Sadness" builds slowly from the beginning and then subtly constructs a faster beat into the chorus. The commencement of orchestral sounds and melancholy lyricism lays the foundation for the song, eventually settling into a steady melodic intonation that is both catchy and sorrowful.

"This Is What Makes Us Girls" takes you back to the golden days; the days when you would sneak out, stay up all night, drink PBR and feel like anything was possible, like you were infinite and nothing could touch you, that is, until the cops showed up.

"Blue Jeans," "Born to Die," "Diet Mountain Dew," and "Video Games" are tracks that need no introduction. Music blogs have reviewed them, unknown songstresses have covered them, and many listeners love to hate them but one thing's for certain: they each have a unique way of capturing you.

Her swift quips paired with sultry harmonious melodies are what make her songs so captivating and distinctive. Whether you love her, love to hate her, or just plain hate her, there's no denying that Born to Die is an album that stands out amongst the sea of indie darlings trying to make it in this painstaking music biz. Despite what others say, this is an exceptional album from a talented individual and I'm excited to see where this newfound fame takes her. 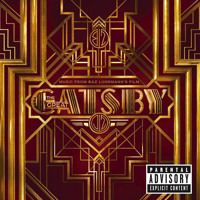