sweeney kovar
Published:
Mar 21, 2012
Total plays:
17,880
Saved:
88 times
Sounds like: Flying Lotus, Teebs
Tags: Electronic, Flying Lotus, idm
Why do we like this?
One of the latest Brainfeeder releases, Lapalux's When You're Gone follows nicely along the path carved out by some of the labels luminaries like Flying Lotus, Lorn, and Teebs. The EP sounds like what you'd expect from a release from the house that Lotus built, but it never quite loses its identity. The English beatsmith has been combining IDM, electronic and hip-hop elements for a few years now, but it seems that with this release (and perhaps teaming up with the coolest label of the moment) seems to have given Lapalux's visibility a bit of a boost.

The track we're streaming, "Moments," features Py, who adds a layer of silky  vocals to a composition that rises up from the fog and comes crashing down with a jarring dubstep-inspired bassline more than halfway through the track. What at one point would have been a very daring and uncommon blend of aesthetics a few years ago makes for something of a default single for the EP. Not only is Lapalux secure and adroit at triggering the right loops at the right time, but we are also in a time that welcomes this type of mechanic soul as the sound of the day. I ain't mad.
- Google sweeney kovar
Streaming source: http://soundcloud.com/brainfeeder/lapalux-moments-featuring-py
TOUR DATES
View all X tour dates for . 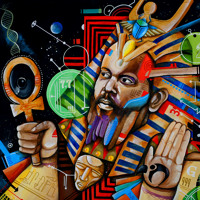