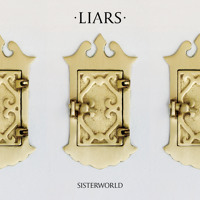 According to the press release accompanying Liars' forthcoming Sisterworld, the album creates "a space [...] somewhere remote from the false promises and discarded dreams amassed in LA. In it Liars explore the underground support systems created to deal with loss of self to society."

Sound familiar? That's basically the plot of David Lynch's Mulholland Drive, which tells the story (I think) of a woman who willfully creates a supplemental persona to deal with the guilt and frustration that dictates the remains of her shattered life. I don't know that Sisterworld has as neat of a narrative structure. Then again, Liars are no strangers to narratives conceits: They Were Wrong, So We Drowned was about witches on Walpurgisnacht, and Drum's Not Dead was about negotiating the twin monsters of fear and confidence. I bring up Lynch because I approach both artists in much the same way. My investment in their work is not conditional: I don't need to be able to account for every image or sound to feel engaged and involved and, ultimately, moved. Honestly, I'm usually more interested in figuring out what, exactly, it is in their art that elicits reactions that range, literally, from anxiety to nausea. As with Lynch, the atmospherics do most of the heavy lifting. The white noise and industrial drone that accompanies much of their music carve out a cavernous space that accommodates any spooky sound they can imagine. These are the tones and textures that are the public face of Liars' superabundant weirdness. They provide the soundtrack to Andrew's interest in things that are truly terrifying: malevolent spirits, lost identity, unmotivated violence, crippling fear, uncontrollable ego, forests at night, post-industrial Los Angeles, claustrophobia, agoraphobia.

Sisterworld, the band's fifth album, continues the tradition of radical reinvention that has dictated the band's narrative for a decade now. The album isn't as exhilarating as They Threw Us, nor as abrasive as Drum's Not Dead. Sisterworld sheds a lot of the biker rock posturing that dominated their eponymous forth album in favor of a creepier, more expansive aesthetic. The record requires a fair amount of a patience to get through the first couple of times. Frankly, it's lugubrious in places, but those moments are a necessary antithesis to the towering infernos of hysteric noise that rise up suddenly in almost every song. The self-released "Scissor" opens the album and sets the basic template for most of the album: a ponderous murder ballad accompanied by the gentle piano and strings cracks open to reveal a molten core of caveman rage.

Thematically, Sisterworld draws heavily from the mood of They Were Wrong. Both albums are concerned with hysteria, and there's plenty unaccountable panic seething below the surface of the album. And when that panic breaks the surface tension of the song, Liars are capable of evoking profound violence. On 'Scarecrow On a Killer Slant," a gale force guitar riff blows in after a frightening bridge: "We should take the creeps out at night/Drag them incomplete by their ears/We should nail their thoughts to the wall/Stand them in the street with a gun/And then kill them all!" The violence of the music when coupled with the brutish lyrics makes for a potent combination that threatens to peel the paint off your walls. Liars unleashes similar musical firestorms throughout the record. The martial pomp of "Goodnight Everything" sounds like nothing less than the horn flourishes that will greet the ascent of the Antichrist. And the closing minutes of "I Still Can See an Outside World" rage with the intensity of an industrial fire. And while you wait for even more explosive crescendo, they suddenly pull back, which is more unnerving than watching the band burn down the whole structure of their composition. But this what makes Liars such an effective band: they overwhelm you with noisy pyrotechnics before abandoning you, alone, anxiously awaiting the next strike.

A couple of years ago, I heard "It Fit When I was a Kid" at a party. It was wrong. When the context of the song is removed (especially its preceding downer "Drum Gets a Glimpse"), a lot of its power is drained; it just sounds like weird noise. Liars make music that refuses to be relegated to the background. Their albums demand your attention. Sisterworld is no exception. This is 42 minutes of punishing music that gets deeper and weirder with each listen. Listening to the album endlessly for a few days has been pretty taxing. I don't think music this creepy, this brutal is meant to be lived with in that way. I won't always be in the mood to listen to it, but I'm not always in the mood to watch David Lynch either. That shouldn't detract from the raw power of the album because the best records are the ones that almost force you to stare unblinking into their depths. 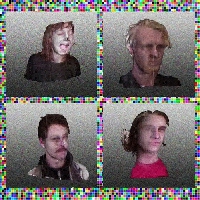 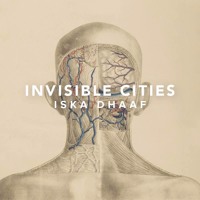 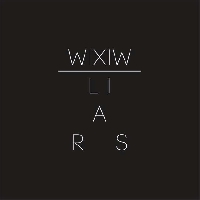 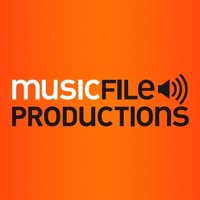