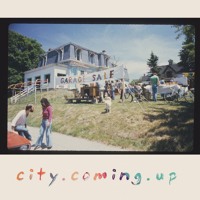 I covered 19-year-old Massachusetts rapper LiBOSSi's debut single on the site last year, and while it's not the sort of music I usually tend to seek out, I know talent when I hear it.

"I wrote 'City Coming Up' just as the Patriots were about to make it to the Super Bowl... but it's less about that and more about feeling proud of where I come from. There are so many artists from Boston who have been making a serious impact in the industry over the past few years, and it's inspiring to see Boston from a creative standpoint "coming up" as a force to be reckoned with" says LiBOSSi on the track.