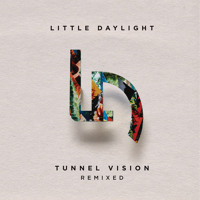 Both Kulkid and Little Daylight are prolific remixers: in the last year, we've probably featured roughly 20 of their renditions (including a few originals from Little Daylight). So it only seems natural that the two would come together on the same track.

Released in June of this year, the original version of "Glitter & Gold" is an optimistic single that keeps an upbeat tempo throughout. If you pressed me, I'd have to say that it ranks among one of my favorite songs of 2013 (trailing slightly behind the band's "Name In Lights").

Kulkid's remix sees the track take a slightly more chilled out vibe; the final product is a relaxing and enjoyable song that manages to maintain the allure of the original.