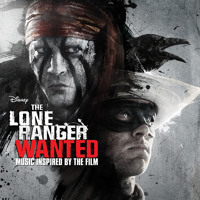 Joshua Mellin
Published:
Jan 22, 2013
Total plays:
6,132
Saved:
76 times
Sounds like: Warren Haynes, The Black Keys
Tags: female vocalist, blues rock, the black keys
Why do we like this?
The energy was electric at the Riviera Theatre as a rolling throng of loyal fans stood awe-struck, a sold-out crowd stretching back to fill the expansive balcony, as Grace Potter once again slinked her way across the stage to join her Nocturnals. Rocketing into "Ah Mary," their first major single off of 2007's This is Somewhere, it was obvious how tight this group has become and how far this band has come in just a few short years.

Playing standards off of their self-titled 2010 release such as "Tiny Light" and "Paris," the band didn't stray far from its freewheeling ways, mixing in wide-ranging covers spanning the two nights that included a tease of Neil Young's "Cortez the Killer," Heart's "Crazy On You," the classic Lennon Beatles track "Yer Blues," a Bill Withers tune called "Grandma's Hand," and even a taste of Top Gun with Berlin's "Take My Breath Away." They also still sprinkled in short chapters of The Lion The Beast The Beat, the bands fourth, seemingly Narnia-inspired album featuring three tracks that were played: "Loneliest Soul," "Runaway," and the first single "Never Go Back," co-written and produced by The Black Key's Dan Auerbach.

While night one was a shear crowd pleaser, night two seemed a bit more ad-hoc. The date, a late addition to the Roar tour itinerary at the 1,000 person capacity Park West, was "unlike any show" they had ever played before, Grace admitted. Featuring a full-band acoustic rendition of "Falling or Flying" and a particularly evocative solo acoustic take on "Stars," the intimate show proved to be a real treat, especially guitarist Benny Yurco's solo acoustic encore overture featuring bits of classic rock, including Led Zeppelin and The Who.

Brimming with confidence, forged by the road, and battle tested, Grace Potter & The Nocturnals are a band full of surprises, having a great time that never seems to disappoint.
- Google Joshua Mellin
Streaming source: https://www.youtube.com/watch?v=Ru9NjXKReSc
TOUR DATES
View all X tour dates for .