Christiana Bartolini
Published:
Nov 13, 2010
Total plays:
49,038
Saved:
200 times
Sounds like: The Radio Dept, The Shins, Real Estate
Tags: indie rock, indie pop, acoustic
Why do we like this?
It was an energy-filled night in Philadelphia in the First Unitarian Church's basement when the Morning Benders took the stage. It was obviously a highly anticipated show since it sold out, and with good reason. The venue was on the smaller side with a stage approximately 2-3 feet high, providing the night with a pleasantly intimate feel. Although the show was packed, you were almost guaranteed a decent view of the stage no matter where you decided to plant yourself.

The two opening acts, Oberhofer and Twin Sister, were thoroughly enjoyable and talented, perfectly priming the crowd for what was in store next. As I scanned the room before the Morning Benders took the stage, I could tell that their fans were amping themselves up for something truly fantastic, as if they already knew they were in for a considerably rare experience (because, let's face it, this band is steadily climbing their way to much-deserved success, and with more success comes more fans, and, in result, larger venues). The anticipation that filled the room was unavoidable, and just when the impatience began to set in, the beautiful melody from the beginning of "Excuses" began to blare through the speakers. The crowd. Went. Wild.

The band members entered the stage calm, cool, and collected and immediately got down to business (or pleasure? or... both?). They were the pilots and we were the passengers, putting all of our trust in them to provide us with a delightfully fulfilling adventure. Cameras flashed from every direction, screams and hoots could be heard throughout the set, and the entire crowd devotedly sang along to the songs; it was obvious that the Morning Benders were playing to a crowd that adored them dearly.

Their set list consisted of many infectious tracks from Big Echo, and they also touched on their 2008 album Talking Through Tin Cans. This is one solid band, through and through. Every track they played was a present beautifully wrapped and sealed with raw, undying love. Let's not forget the two very unexpected covers -- first, Fleetwood Mac's "Dreams" (oh, fuck yes), and then, a totally impromptu surprise... Sublime's "Garden Grove," which I'm sure left the crowd with a whole new appreciation for this talented four piece.

After finishing Sublime's cover, lead singer Chris Chu stated that they had never played that song for a live audience before, and probably never will again. The crowd felt exceptionally special, to say the least. They ended their encore with a brand new track called "Virgins," which had the crowd hanging on every note. I highly, highly recommend you check out the live La Blogotheque version (posted with this review), I cannot begin to emphasize the beauty it encapsulates.

The energy and comradery that engulfed the room during their entire set was contagious. There was a strong mutual love between the Morning Benders and the crowd; it was obvious that the band members were thriving off of that which, in turn, the audience easily absorbed. The whole show was a pleasant game of give and take; we were picking up what they were putting down and vice versa.

I have a feeling that the Morning Benders' relationship with their fan base is going to be a long-lasting, unbreakable one. With music so heartfelt, sincere, and relatable, who in their right mind would voluntarily deprive themselves of the gift that is the Morning Benders? Their tour is coming to an end, so take my word and do yourself the favor of seeing these guys perform live next time they grace us with a tour.
- Google Christiana Bartolini
Streaming source: http://soundcloud.com/burutay/the-morning-benders-virgins-live-on-la-blogotheque
TOUR DATES
View all X tour dates for . 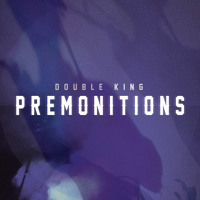