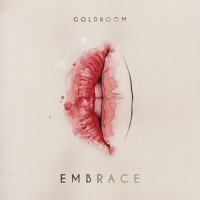 Elizabeth Walker
Published:
Apr 30, 2013
Total plays:
11,680
Saved:
89 times
Sounds like: The Magician, Poolside
Tags: chillwave, goldroom, Poolside
Why do we like this?

The lights were dim, but the palm tree-tinged beats were loud and clear. L.A. enveloped S.F. as Goldroom brought the house down last week with their live set at the Rickshaw Stop.

Transitioning from a one-man outfit to a three-piece band, Josh Legg, aka Goldroom, has certainly made a smart move. Making the jump from producer/DJ to a live group that still pays homage to the roots and fanbase from whence they came is no small feat. But Legg knows his stuff, and clearly knows talent when he hears it.

Goldroom, now composed of frontwoman Mereki Beach and drummer Nick Sandler in addition to Legg, made the crowd rock and swoon with a varied, wonderfully executed set including original tracks, remixes, and even a cover of everyone's favorite emo musician Elliot Smith. "Fifteen," a spectacular rendition of Nikki and the Dove's "Mother Protect," and "Only You Can Show Me" were only a few of the favorites performed throughout the hour plus set.

Seeing Goldroom as the well-oiled group they are today, it's hard to imagine I ever saw Legg open for The Magician as a solo act. Mereki fluttered about the stage with a dichotomous persona - part military, part cheerleader, but all platinum blonde - even leaping fully into the crowd at a point. As delicate as her stature is, the command and confidence she brought to the stage was venerable.

The thing most impressive was the easy transition the crowd had from Goldroom the DJ to Goldroom the group. It's not an easy task to replicate synths and manufactured beats with live instruments for a crowd that is expecting a DJ set or *possibly* live production; Goldroom the group, however, slipped in and wowed.

The crowd, well, we fucking danced.