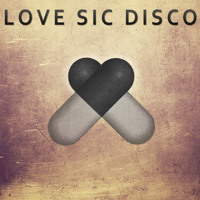 Memory Tapes Today Is Our Life

Last week, appearing at Slim's in San Francisco, Hawk managed to inspire a groove affair that won the hearts of many inebriated fans and infect them with sounds covering genres from chillwave to heavy electro.

Throughout the show Hawk's musical disposition was adept and so intense that it easily cloaked the entire crowd in a transcendental experience. About halfway through "Bicycle," the crowd experienced a split of chords that were elated and elongated, allowing the stoned-out-of-their-mind audience members to slip into their euphoric music parallel universe.

While it's easy for artists to rant and rave while on stage, Hawk decided to do his talking with his guitar and various other instruments. His riffs and melodies overlapping with feverish drumming and flinging basslines effortlessly created a refined chaos that was danceable and enthusiastically accessible.

Walking away from the experience it is an obvious understatement that Memory Tapes is strictly chillwave or precisely pop-electro. Hawk isn't afraid to wander into a genre-bending world and experiment with new sounds; it's something we can expect to see more of in time to come.
- Google Devin Duckworth
Streaming source: http://soundcloud.com/sicrecords/memory-tapes-today-is-our-life-1
TOUR DATES
View all X tour dates for .