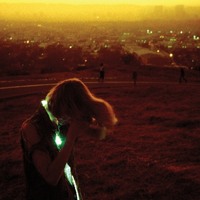 Neon Indian with Prefuse 73 Should Have Taken Acid With You

No one goes to San Francisco's Mezzanine thinking they will not dance; it's just going to happen. When Neon Indian and Prefuse 73 played there recently, there was no exception. From the dense cloud of smoke emanating from the back alley smoking section, you could take a guess how crowded the show would be.

Prefuse 73 was an exciting act for many

, as it brought back fond memories of the 90s club scene. They set up with two full drum sets as well as at least four different drum machines, synths, processors, etc. The space on stage was severely limited because of all the hardware, and each member had to stay crouched over their machines for fear of tripping over the gazillion wires snaking through the equipment. One member would go back and forth from drum set to machine, while another awesome drummer kept a steady beat without fail for over an hour.

The group mixed up ambient beats with dance, electronic, house, and dub. The crowd rode each wave of music with every part of their body, fully immersed in the sounds around them. There were two large screens that were hooked up to a camera showing a bird's eye view of the stage and performers so you could see them turn every knob, push every button, and hit every beat.

It took at least thirty minutes of set up for Neon Indian to take the stage but as soon as the fog machine and psychedelic videos started, you forgot all about the waiting. Besides frontman/producer/theremin extraordinaire Alan Palomo, the touring band included Jason Faries on drums, Ronald Geihart on guitar, Leanne Macomber on synths, and Lars Larsen producing videos for the performance.

Once on stage, the band wasted no time in creating the exact type of dreamy, surreal atmosphere needed to fully absorb the sounds coming from their instruments. After an intense lead in, favorite "Should Have Taken Acid With You" got the crowd to another level of excitement, dancing with everyone -- not with just who they came with, but just dancing to dance. The synths in "Ephemeral Artery" tripped everyone out tenfold while Palomo took to a lone snare drum to start the intense beat of "7000 (Reprise)."

However, if I had to choose the number one crowd pleaser, it'd have to be "Deadbeat Summer." Not only is the beat the most infectious thing you've heard, but the lyrics are so catchy that you can't help but sing along with the biggest smile on your face.

Once the set ended, the crowd's energy was so intense it was palpable; an encore was necessary. Palomo and Geihart, owner of the sickest guitar ever, came on stage for what was one of the most extreme encores I've ever seen. They debuted some new material the band has been working on and it literally blew every single mind in the venue. Needless to say it left everyone wanting more, but we'll just have to wait until they're done recording their second album. This was their last tour before heading into the studio, so you'll have to keep Psychic Chasms on repeat until they come "˜round next year.