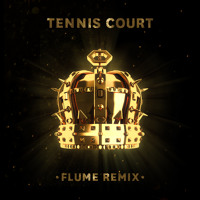 Flume, the name that many of us heard of after he dropped his self-titled album in 2012, went on to win the ARIA award for the best dance release. He then collaborated with Chet Faker to produce the EP Lockjaw in 2013, and he's now dropped a remix of Lorde's "Tennis Court."

This is a massive tune, likely to sit well with fans of both artists. He's adapted Lorde's dreamy original with his classic dance synths, and since being posted a few hours ago has more than 100,000 plays on SoundCloud.

What's he going to do next? Stay tuned..