Stranger Things has become one of Netflix's biggest hits of 2016, thanks to the shows nod to 80s nostalgia. The theme song for the show is also a captivating synth number that Australian producer and DJ Luke Million feel in love with.

Fooling around in his studio, Million's uploaded a short clip of his version of Austin-based group S U R V I V E's song, and quickly gained over 14 million views under a week. Spurred on by this, Million's recreated an extended version of the theme and released it in all it's synth glory today.

"Stranger Things Theme" is classic 80s, with the creeping, futuristic synths sounding like they should be soundtracking a John Carpenter film.

For anyone who wants to get their Stranger Things fix, this one is for you... to own. 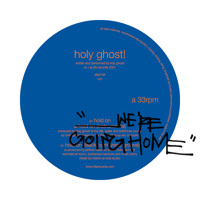