Made in Japan Evening Weather

Formed in 2006, Sydney's Made in Japan are finally receiving the recognition that they deserve. Their brilliant debut LP Sights and Sounds was recently nominated for the Australian Music Prize (our version of the UK's Mercury Music Prize "“ currently held by Alt-J). Won by the Jezabels last year, the current list of nominees also includes the likes of The Presets, Alpine, Pond and The Rubens. Check out the full list here.

In light of their recent nomination, and their appearance at the upcoming INDIE SHUFFLE PRESENTS party (in Sydney - RSVP here), I thought it would be prudent to highlight one of the album's key tracks. "Evening Weather" showcases all of this band's strengths - from the dreamy guitar riffs, to the floating vocals, to the escalating choruses.

Aside from recognizing their earlier music, I was pleased to learn they're currently mixing their new album for release in the New Year. More to follow from this talented bunch. 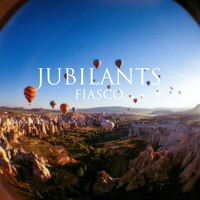