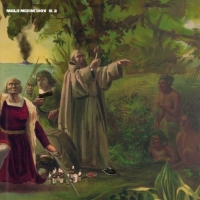 So I've been crazy-sick the past few days, resulting in the overindulgence of over-the-counter crack, also known as Day/Nyquil. This has led to some interesting semi-conscious hours of music listening and conversing, and I've been thinking, what better time to put on Madlib's latest international mind%$@# of a record titled, "Flight to Brazil"? This Brazilian, psychedelic tropicalia flavored mix tape is the result of Madlib pulling his favorite cuts from his enormous pile of vintage vinyl.

Anyone who wrote off the Madlib Medicine Show project, expecting it to be release after release of Madlib's hip-hop work, will be shocked by the left turn Volume 2 takes from Volume 1. "Flight to Brazil" is about as far of a departure from Madlib and Guilty Simpson's collab as you can get. But followers of Madlib's career shouldn't be surprised. I didn't become a devout follower of Madlib's work until I heard an amazing jazz remix album he did in 2003 called "Shades Of Blue: Madlib Invades Blue Note".

This album really changed things for me in terms of appreciating and pursuing jazz music outside of Tribe Called Quest samples. He took sounds I was unfamiliar and uninterested in, and screwed them up in wonderful ways that made me want to listen over and over again (video for a track off this album will be included below). It's safe to say that Madlib is NOT a one trick pony. From hip-hop, to jazz, funk, pyschedelia, and world music, Madlib has his thumb on everything.

The songs on this album however, are not influence in the same way that the jazz tracks on "Shades of Blue" are rearranged and reinforced by Madlib's production. Besides the thoughtful sequencing and arranging of the different untitled tracks on the album, all of the work is left up to the unknowns performing these songs. This is good and bad for me. Madlib lets the tracks speak for themselves, and often that is a great thing.

On the second track Madlib begins with a cut based on an outlandishly funky bass line, with a nice sounding group of ladies chanting a few sweet yet incomprehensible lines (not speaking Portuguese bites me in the ass again). About halfway through the 7-minute track (an average length for this album) the tempo changes drastically into a different, poppy tropicalia recording"¦and then it changes again into a psychedelic 60's rock workout"¦and then again into, well you get the point. The entire album is like this and that also my main complaint.

I've gotten used to Madlib taking obscure gems like these and turning them into his own monsters; that doesn't happen on this album. Some of the tracks scream: "#@%$ with me! Make me weird and amazing!" But Madlib restrains himself, probably for the best, but I was still a little disappointed. There is fantastic news, however: I won't have to wait very long for Madlib to drop his production style all over some international grooves. Madlib's going on an African SAFARI! 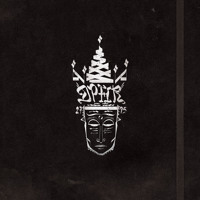