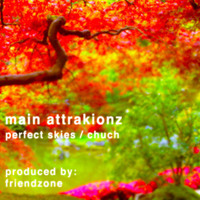 sweeney kovar
Published:
Sep 14, 2011
Total plays:
7,956
Saved:
11 times
Sounds like: A$AP Rocky, Co$$, Lil B
Tags: hip-hop, dreamwave, experimental hip-hop
Why do we like this?
Of all the current batch of rappers that can't legally drink at clubs yet, Main Attrakionz has the most potential. I've lauded them on here previously, but their newest project 808 and Dark Grapes II is by far their most cohesive and strongest project to date.

Presented in conjunction with streetwear brand Mishka, the tape features production from the Green Ova camp as well as the buzz-heavy Clams Casino. The two ghetto philosophers open themselves in ways they have only touched on before. Tracks like "Regrets," basically a re-make of the Jay-Z classic and "Take 1" with New York it-boy A$AP Rocky show that the duo are capable songwriters.

Many beats have a heavy chillwave (or ambient, whatever the fuck you wanna call it, honestly you know what I'm referring to) influence, but that doesn't hinder the impact of the Mondre Man and Squadda B. Surreal as it may be, you can't help but cheer for two kids from North Oakland making music on shitty desktops and landing in The Fader magazine.

Be on the lookout for more from this inspired collective.
- Google sweeney kovar
Streaming source: http://soundcloud.com/friendzone/10-perfect-skies-1
TOUR DATES
View all X tour dates for . 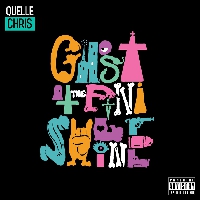