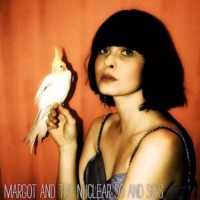 Consider how difficult it is to locate a light switch when you're looking for it in the dark. Now amplify that situation tenfold and imagine recording a full-length LP in an abandoned movie theater, without the use of any artificial lighting, during hours when the only groups getting anything done, typically, are bats and functioning insomniacs.

Incredibly, that vision turned into reality

It all began, as these things go, with a fire. Singer/songwriter/guitarist Richard Edwards was living in Indianapolis, in the house he and the previous seven Margot band members had lived in, when a fire forced him out. He headed to Chicago and set up shop in an abandoned theater, writing songs inspired by 8mm films found in the basement. Margot members Tyler Watkins and Erik Kang soon arrived, later joined by local musicians who collectively got to making music.

Undoubtedly the point of such an odd recording atmosphere is to inspire eclectic music "“- and that it did. Buzzard's 12 tracks vacillate between grunge, pop (often referred to as "chamber pop"), rock, and folk. The lyrics take us on a bit of an emotional roller coaster, beginning with "Birds" ("You dance like a frog whenever you dance, your friends they can't stand you nobody can"), to a darker "New York City Hotel Blues" ("I never want to break your heart "“ not unless I have to"). "Your Lower Back" begins with an erotic narrative then takes us on a candid dive into emotions tied to old flings and "My Baby (Cares for the Animals)" reminds us love is as simple: "If you love me don't eat me, if you want me be sweet."

Most tracks treat us to a climaxing chorus, dreamy harmonies, and the sound of an electric guitar. With fewer band members, less instruments and considerably reduced electricity, Margot and the Nuclear So and So's new sound is captivating, hypnotic and evolved.

MARGOT AND THE NUCLEAR SO AND SOS 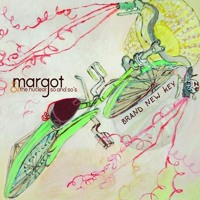 Margot and the Nuclear So and So's - Skeleton Key