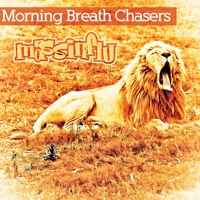 sweeney kovar
Published:
Sep 08, 2012
Total plays:
8,874
Saved:
54 times
Sounds like: De La Soul, Mos Def, A Tribe Called Quest
Tags: hip-hop, underground hip-hop, boom-bap
Why do we like this?
MassInflu, aka MassInfluence, is a feel-good boom-bap group from Atlanta. They were most active during the indie hip-hop boom of the late 90s, a time when Atlanta was bustling enough in that realm to sustain their own Fat Beats locale.

After being quiet as a collective for over 10 years (though individual members have been very active in other realms of music and culture), the throwback group returns with the single "Morning Breath Chasers" on Redefinition Records.

Peep the track which, though it's origin dates back years, sounds cool as a breeze and thoroughly embued with that feel-good aesthetic prevalent in hip-hop's golden era. One thing that does stick out in a bad way to this discerning listener though: aware that there's a reference to the classic ATCQ song "Scenario (Remix)" -- it's still cringe-inducing to hear a very much grown man belt out "bitch ass homo."

In a talk with Egotripland.com, the group discussed their bond and longetivity throughout the years:

H2O: I think the fact that we appreciate each others friendships more than anything else is what's kept us connected. We were all doing things separately during the hiatus but, we still spoke to each other for hours every other day"¦ we never lost contact with each other.

Rubix: We have all been friends for more years than we wanna count. It's a respect for each other and an honesty for the sake of growth of that respect. Though we may not always speak when we get together it's like we never had a break. We all are friends more that any other thing and that's really what works for us.

Cognito: With the good and the bad we never lost the bond that brought us together as a group. We've been thru enough as men to know that being true friends first is what makes the music great. We have examples like De La, Public Enemy, Boot Camp, to name a few who have stayed tru to the vision they started out with and stayed with it. 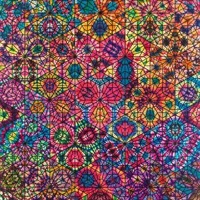