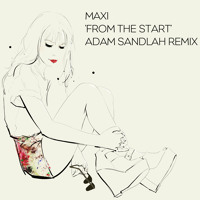 Hugh McClure
Published:
Nov 01, 2012
Total plays:
70,668
Saved:
250 times
Sounds like: Sia, Frou Frou, Jem
Tags: female vocalist, remixes, electro-pop
Why do we like this?
I must admit, the nu disco wave hasn't quite hit me yet. Dance music was never a favorite of mine,and I was never into the club scene, so maybe I just haven't given it enough of a go. Luckily, I have a few friends who are rather fond of a disco jam, and they often send me tracks to listen to. This time, I liked what I heard.

The track in question is a remix by Sydney-based producer Adam Sandlah, who has given his take on a song by Melbourne songstress Maxi Vauzelle. Originally a jazzy power-pop song, Sandlah has backed Vauzelle's sultry vocals with a smooth, yet sharp, disco beat. It's very easy to listen to, and a cheeky saxaphone line or two gives it plenty of sass.

You can actually stream the original of this track on Maxi's Soundcloud, and keep an eye out from more remixes from Adam Sandlah in the coming months. If they're anything like this one, nu disco just may have found a new convert. 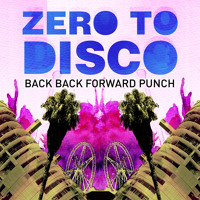