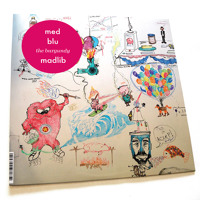 sweeney kovar
Published:
Feb 15, 2013
Total plays:
6,530
Saved:
35 times
Sounds like: Madlib, Quelle, Slum Village
Tags: hip-hop, underground hip-hop, madlib
Why do we like this?
Roughly a year ago, Blu, the Charles Mingus of hip-hop (or is he the Thelonious Monk of rap?), took to a Bandcamp page to release an album entitled UCLA. It was a 14-track project over Madlib production, and the sound quality was smooth as sandpaper. It was pretty great, I think. As unceremoniously as it went up, it came down. The Madlib gatekeepers don't play.

One could probably have had some safety in assuming that such a bold move would have barred young Barnes from ever officially rocking over Otis Jackson Jr.'s quirky compositions, but that seems to not be the case. Vaguely advertised as the first of several collaborations over Madlib production, longtime Stones Throw-affiliate MED, aka Medaphoar, recently announced The Burgundy EP, a joint project with Blu invading Madlib's beat stash. The title cut was also on the UCLA project. The EP boasts three new cuts and a remix from Georgia Anne Muldrow as well as instrumental and acapellas.

I'm not mad about this at all.
- Google sweeney kovar
Streaming source: http://soundcloud.com/rappcats/med-blu-burgundy-whip-prod-by-madlib
TOUR DATES
View all X tour dates for . 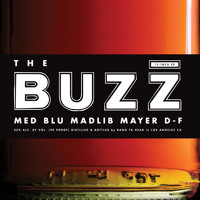