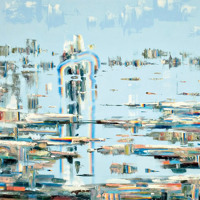 Jason Grishkoff
Published:
Oct 05, 2009
Total plays:
23,922
Saved:
55 times
Sounds like: MGMT, Gold Panda, The Cure, Weird Tapes, Memory Casette
Tags: Electronic, dream pop, chillwave
Why do we like this?
The more I enmesh myself in the music world, the more I realize that good music comes in sets of seven consecutively bigger waves. There are plenty of ripples and backwash between, of course, but about every seventh wave ends up being huge. In my case, the "seventh wave" of albums comes about every two weeks, and I'm pretty sure that this new Memory Tapes album is that seventh wave.  I can only hope there's an eighth rogue wave coming along to beat this one out<, because as things stand right now, all future waves are going to seem tiny.

This new album, Seek Magic, falls into an indie rock/electronic genre subcategory by the name of dreamwave. Not surprisingly, this is the first time that our website has covered dreamwave, which I have seen described as "80s, synths and smooth disco." Personally, I don't think that appropriately describes the genre. In fact, since first listening to this album, I'd venture to guess that 5 minutes of the above song, Bicycle, perfectly sums up the dreamwave. You'll have to forgive me if I'm mislead. I don't care. This music is pure, unadulterated awesomeness: Memory Tapes provides the perfect ascension of sythns and collision of beats, marked by flawless transitions and the soaring 80s guitar of The Cure.

Memory Tapes; Weird Tapes; The Banker from Deal Or No Deal; Memory Cassette: these are just some of the pseudonyms under which Dayve Hawk trades. After the demise of his band, one-time Interpol [openers] Hail Social, he turned to churning out blog-approved remixes for Yeah Yeah Yeahs (amongst others), finally striking out on his own under his glut of analog-friendly monikers. The eight-song Seek Magic is his first solo full-length under any name, and is loaded with sonic detail, from the chirping crickets and dog barks that lull the album into gear, to the extremely clever sneaker-squeaks-and-basketball-bounces interlude on "˜Green Knight''s low-key funk. - the line of best fit

From here, I'll let the music speak for itself. After all, so much of this is subjective. Just turn your speakers up. That's all I have to ask.
- Google Jason Grishkoff
Streaming source: https://www.youtube.com/watch?v=SSRXbj-mYKc
TOUR DATES
View all X tour dates for . 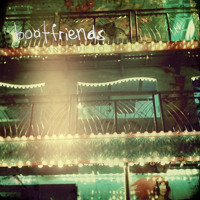 Boatfriends - Hands Up To The Light