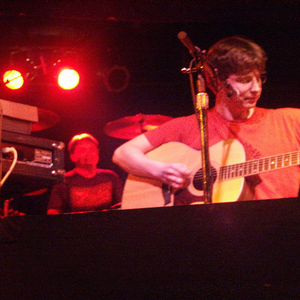 Meredith Bragg My Absent Will

Clarisse Randolph
Published:
Feb 12, 2012
Total plays:
732
Saved:
1 times
Sounds like: Nico Stai, Barton Carroll, Beta Radio
Tags: indie rock, soundtrack, tv soundtrack
Why do we like this?
This is a present day album that can really put your parents' old turntable to use. In an age when music is becoming increasingly electronic, the Phenomenal Handclap Band's debut self-titled album is decidedly vinyl. This group is poppy, but with a bass-infused rhythmic vibe and a range of melodies that essentially chronicle mainstream music as a whole from the 1970's.If the first track hasn't done anything to get you on your feet, "All of the above" should be sure to do so.

Using a disco-themed, speedy and multi-layered bassline with the support of synthesizers, harmonicas and bongo drums to boot, PHB gives this song a fairly sharp edge. The chorus and lyrics certainly don't do anything to take out the punch either. But this track doesn't speak to the entirety of PHB's first album. Along the way, songs vary from rock to pop to soul, and they do so convincingly.

To be fair, the Phenomenal Handclap Band probably can't do all things for all people. In some ways, with an end product that is not overly unique or extraordinary, this group might not be able to live up to it's own name (can you think of a catchier one in recent memory?). But with a core of members from other bands such as TV on the Radio, L'Trimm, Calla, Jon Spencer Blues Explosion, Mooney Suzuki, and SÃ­ Se, as well as the accompaniment of multiple other cameos, this collective puts forth an album that is undeniably magnetic. Not a single track lacks energy or continuity amongst the group, and the album is quite simply a lot of fun. rest assured, the phenomenal handclap band is a throwback that will most likely find a way to grab the attention of anyone who comes in its path.

Embassy Sound Productions (ESP) emerges with a fresh approach to dance-oriented rock and roll, using live instrumentation to evoke the intricate arrangements of Norman Whitfield, Quincy Jones, and Phil Spector as well as the pared down beats of contemporaries like The Neptunes and Danger Mouse. - truth & soul

There're spaceship swoops, pulse pad percussion, high buzzing synth riffs and cowbells (of course), but also harmonica solos, alternately weeping or grinding guitar licks, and melodramatic echoing whispers for full Funkadelic props. And the beats, which step, stride and swagger unhurriedly throughout, cohere all 12 tracks together into a nonchalant but focused whole - drowned in sound The Editors - The Weight of the World

Foreign Born - Into Your Dream