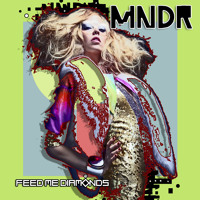 Miss MNDR, you got SPUNK. She's come a long way from a rave squat in Oakland with no shoes to the MNDR here and now, comprised of techy princess Amanda Warner and her bandmate, Peter Wade.

This Brooklyn-based duo may not typically be described as IDM (intelligent dance music), but in my book, that perfectly describes what they are. In MNDR'S case, they're less ambient than they are pop, but that is precisely why they're making waves. Warner's hooks are catchy with a capital C and the texture of sounds they choose are flawlessly crafted. It's like epic, electro, synth-pop music to dance to and/or plot your next political revolution.

Her first single from her new album, "#1 in Heaven," is available now. Check out her ubber 90's rave culture revival video, via SPIN. For more MNDR news and music... behold, her official website. 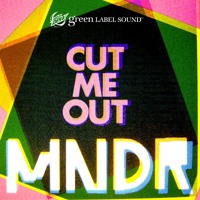 MNDR - Cut Me Out