Elizabeth Walker
Published:
Jul 28, 2012
Total plays:
93,095
Saved:
929 times
Sounds like: Perseus, Bicep, The Magician
Tags: Electronic, house, R&B
Why do we like this?
I don't know if there's ever been another genre which encompasses the infinite, youth-sparked feeling that summer brings more than nu disco. It's all over the place right now, lacing 70s/80s/90s R&B and disco vocals with trop-house infused beats, and it's damn good.

Moon Boots is a DJ/producer from the amazing label French Express, and is a connaisseur of nu disco. Sampling Janet Jackson's vocals from the 1993 smash "If," Moon Boots takes the track's tone from aggressive to silky smooth with an absolutely swanky melody in his track "Sugar." The edgy Janet that we knew is replaced with smiles and rainbows, and we like it.

But don't worry, JJ, no one has forgotten about the infamous Superbowl incident. 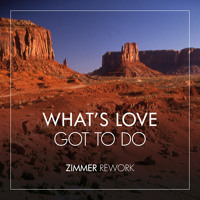 Tina Turner - What's Love Got To Do (Zimmer Rework)