Jason Grishkoff
Published:
Nov 05, 2009
Total plays:
9,842
Saved:
23 times
Sounds like: Portishead, Blonde Redhead, Yeah Yeah Yeahs
Tags: female vocalist, alternative, post-rock
Why do we like this?
The amount of sound produced by just two band members can be mind-blowing. When Mr. Gnome released their debut album Deliver This Creature in early 2008, I found myself oddly enraptured by their dark sound. I didn't realize at the time that there were only two members, guitarist Nicole Barille and drummer Sam Meister. All I could think about was how much their album cover made me associate the album with the rabbit in Donnie Darko (scary shit, I'm telling you!).

With the Cleveland duo's November, 2009 release of Heave Yer Skeleton, I have concluded that I would love to see these two live. Nicole's raw, emotional vocals and raging guitar, backed by Sam's complex drumming, make this as strong a duo as you're apt to find. And they're heavy on the bridges -- you can't beat that.

Obscure Sound's description of their first album is so spot on that it may as well be describing their second album:

Camera operator/drummer Sam Meister and make-up artist/guitarist Nicole Barille produced an intense wave of emotions through an interpretation of gloomy post-punk, gritty alternative, and progressive metal, with Barille's howling vocals managing to choke-hold the listener into unavoidable emotional fury that was dependent on Barille's constantly alternating melodic capacity and Meister's expert variation in percussion. The release's ability to juggle anger, somberness, and regret through similar emissions of heavily distorted guitar chords and hectic percussion made The Yeah Yeah Yeahs or Blonde Redhead the most apt comparison in this case, both using a howling set of vocals to unveil predominant angst before occasionally reverting to a serenely consumed atmosphere more intent with mellower hooks and instrumentation - Read more from Obscure Sound 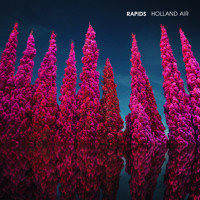 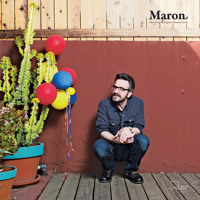 NO - What's Your Name