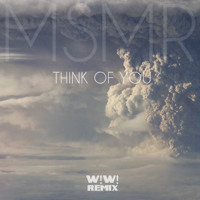 Bri Guy
Published:
Jan 16, 2014
Total plays:
13,812
Saved:
322 times
Sounds like: HAERTS, Joywave, Penguin Prison
Tags: female vocalist, indie pop, remixes
Why do we like this?
Wildcat! Wildcat! is one of my favorite artists. They hooked me with "The Chief," and even though we've only heard four songs out of the band, they've been busy remixing indie pop songs, including HAERTS' "Wings."

Today they remix MS MR's "Think Of You" into a downtempo electro pop jam, with cool synthesizers rounding the sound out.

MS MR had a big year in 2013 with the release of Secondhand Rapture, and they're touring with Grouplove in March and April -- check dates here. For more Wildcat! Wildcat!, listen to them on SoundCloud.
- Google Bri Guy
Streaming source: http://soundcloud.com/wildcat-wildcat/msmr-think-of-you-wildcat-wildcat
TOUR DATES
View all X tour dates for .