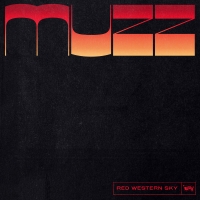 Alejandro Lara
Published:
Sep 01, 2020
Total plays:
7,266
Saved:
109 times
Sounds like: Interpol, The National, The Walkmen
Tags: rock, alternative rock, post-punk
Why do we like this?

Back in the beginning of June, the super group released Muzz, their emotional self-titled opera prima,via Matador Records. It’s a gorgeous album, calm and poignant. You can feel the texture of the analog recording; it’s grainy but not coarse or rough. It feels classic, like a wrongly long forgotten album from decades back.

This is an all-star band; we got, obviously, Mr. Paul Banks on vocals and guitar, Mr. Josh Kaufman being his magnificent self on the drums (you might know him from his awesome bands, Jonathan Fire Eater and the Walkmen, but, he also played drums on tour for Fleet Foxes.) Mr. Matt Barrick is the third and last member of Muzz (and Bonny Light Horseman.) Mr. Barrick is overwhelmingly cool; he’s a multi- instrumentalist producer that has worked with bands like The National and The War on Drugs.

“Red Western Sky” is one of four singles, the third one to be released by the band and the one used to announce their album.

It’s a beauty of a song. Paul’s voice in this is a little more subtle than we’re used to, and the lyrics feel like a cryptic meditation of understanding or a tired search for peace of mind. The musical arrangements are rich and a little distorted. The piano and brass instrumentation add a sense of ease, and the drums seem clean, not invading or looking to be the center of attention.

Well-crafted and superbly performed, this is a masterclass of a single. Listen not only to the song, but the whole album. Highly recommended.