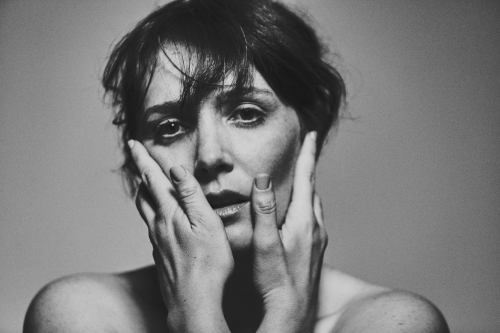 In 2015, the Australian singer-songwriter Sarah Blasko established herself as an electronic pop artist worth watching with the release of her album, Eternal Return. This year, the artist has released Depth of Field, a collection of pensive dream pop tracks that picks up right where her last LP left off.

With charmingly kitschy synths, pulsing drum tracks, and orchestral accompaniment, Blasko delivers 42 minutes of neatly packaged confessions. While her lyrics lack originality, the artist has that oh-so-coveted ability to reinvent exhausted song structures and make them new. She seems bent on rebranding the simplistic arrangements of previous decades, capitalizing on her stellar vocals to take us somewhere fresh.

Blasko spent the second half of April playing a couple shows in LA and New York, one of which I was able to sit in on. What blew me away was her stage presence—her ability to go beyond what her record had done and give a new vibrancy to her work. I was able to sit down with her a day later and hear more about her life as a musician.

Indie Shuffle: Lovely show last night! There’s so many artists that rely too heavily on their work in the studio, and can leave you disappointed during their live performances. What impressed me more than anything else from your show was how composed and earnest you were in front of a crowd. I’m curious if you have any formal training as a performer.

Sarah Blasko: I haven’t had any real training. Just life, the training of life. I’ve been doing it for a while. I’m old. And I love performing live. That’s actually my favorite part of playing music. I love recording, but performing is where I started. I didn’t do a lot of my own recording to begin with—I just got up on stage and performed. It’s what I fell in love with.

Who are some of your influences?

So many. The people that I think were really influential for me were the people I listened to and thought, ‘Wow, they’ve got really unique voices. They’re telling their own story, and they’re not trying to sound like anyone else.’ Artists like PJ Harvey. Sonic Youth and Kim Gordon had a lot of influence on me. Kim wasn’t a traditional singer—it was all about self expression. David Byrne has also been a really big influence on me. I’m a huge Talking Heads fan.

Tell me more about the decision to shift to more electronic instrumentation in your recent releases.

It’s funny because the previous two albums are actually all live drums. On this latest album it’s a combination of drum machines and live drums, but they’re playing together. I don’t really see what I’m doing now as electronic at all. I’m definitely using synths and stuff, but there’s such a combination of acoustic instruments and electrified instruments that I would never think to call myself electro at all. I find the concept actually quite comedic because I’m a technophobe.

My first two records were a combination of drum machines, live drums, keyboards, and guitars. But it was with my third album that I developed a really layered recording process. So, I ditched anything that was a keyboard, an electric guitar, a drum machine, or anything that required any kind of complicated setup. My third and my fourth record were both completely acoustic albums. I wanted to simplify everything and not approach making album with such a layered way of doing things. With the last two records it’s gone back to layering, and complication. So my next record will be acapella probably. (laughter)

You do something for a while and then you want to do something new. For the last two records, I began a love affair with keyboards. Bought a couple of keyboards that I really loved and just wanted to keep playing them for a couple of years. That’s what keeps things interesting, just trying different things.

Has your creative process changed since you began releasing music?

For these first two records, I actually started to write with friends of mine who I had never written with before, but had been playing in my band for about ten years. I like writing alone. There’s something very pure that happens when you’re writing on your own. But there’s that feeling of getting into a bit of a rut when you’re on your own. I think that’s where the value of writing with other people comes in. They bring such different techniques and their own way of doing things.

The way that I wrote this album was that I did an artist residency for two weeks at this place in suburban Sydney. The idea was to write on the stage, under lights, and to feel like we were performing it. Because I had no idea whether we were going to run out of ideas, I thought, ‘I’ll just try bringing as many tools as I can to be inspiring. Some of that was bringing some experimental films that we projected on this huge screen—because it was basically in a theater space. We brought all these different kinds of keyboards and guitars. But then I thought, ‘It would be nice to hear someone else’s voice from the outside world while we’re here.’ So I asked my dad and one of my best friends to read whatever they wanted to and send it to us. They didn’t have to recite poetry. They could read whatever they wanted to. My dad is obsessed with Nietzsche because he’s doing a PhD about Nietzsche, so he read some writing of his. My friend read some of her own poetry. It was a funny thing to try and see if it would spark any ideas. My dad read this Nietzsche piece of writing that was about the phantom ego, so I went ahead and wrote a song called “Phantom.” It doesn’t have anything to do with what he shared. I just used the word phantom as a tool to jump into a song.

What other kinds of tools do you use for your songwriting process?

I’ll use anything. I think I used to be a lot shyer, or more precious with things. That’s definitely been one thing that’s changed over time. I don’t really give a shit about protecting the process, or treating music like it’s this really fragile process. I think it’s a very robust sort of thing. I think it’s good to sometimes act foolish or sing something ridiculous. It shakes you out of yourself. And I think I’d like to try that more.

For my last record we did a lot of writing in the lounge room, dancing and drinking. I think it’s great to change it up. Like I was saying before, I love writing on my own at a piano—that beautiful, solitary experience of writing music—but then I also like being a fool with my friends. There is that beautiful unspoken idea that when you write a song with people that you’re very close with, you can all let go together and go away in your minds. It’s a sacred feeling, and that’s also what it feels like to play together live. You’re all wanting to take the audience somewhere, so it’s about immersing yourself in what you’re doing. That’s the beauty in music for me—that transformative quality. You can exit the everyday, mundane life and go into an imaginary world. I really value that in my life. 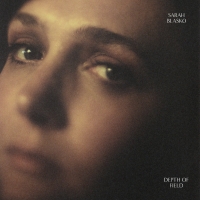