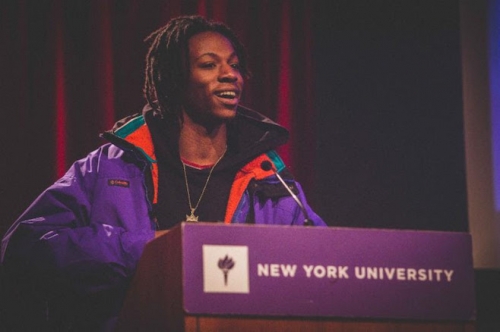 Joey Bada$$ gave a lecture last week to a room full of students at New York University, where he shared details about his life as part of Black History Month.

In the presentation, the rapper discussed how he got discovered in the music industry, success and the effects it has on people. He concluded with a poetic rap verse, much to the appreciation of the audience.

Joey spoke in front of around 300 students, as he went in depth with insights on how to be successful, intertwining it with his own personal stories. When he was talking about success he was eager to point out that it was his motivation that drove him. "The moment I chose to follow my heart I started living life," he said.

He also previewed a new track entitled Ready, before engaging in a Q&A session, where he gave advice to the students in the audience. After the lecture the rapper took to Twitter to declare how happy he was with the outcome of the lecture.

It was the 21-year old’s first lecture but won’t be his last as he is scheduled to appear at the prestigious Harvard University next week. 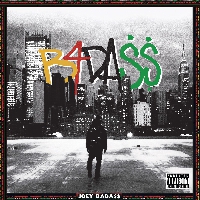