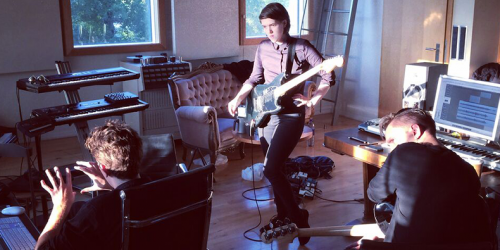 Mysterious New Audio Clips From The xx (and A Track List)

As we edge closer to a new The xx album, the band seems to be growing increasingly cruel, having released not their first, or second audio snippet teaser, but their third. Uploaded to Spotify titled "-" the 55 second clip is accompanied by plain white artwork. As with the other two teasers, this most recent release lists Young Turks as it's label, who by literally zero coincidence represents The xx.

We've done a little digging and have managed to find one of the three clips that The xx have uploaded, which can find below. Otherwise, it's currently still up on Spotify.

As highlighted in a recent Reddit post, a likely name for the forthcoming album has emerged -- I See You -- after it appeared under the band's Shazam. The information has since been removed, but the names of all 12 tracks are listed below:

Brave for You
Dangerous
I Dare You
Lips
Naive
On Hold
Performance (Performed in Memphis, 2014)
Replica
Seasons Run (Romy and Oliver performing a song in Marfa with "Seasons Run in the lyrics)
Say Something Loving
Test Me
A Violent Noise