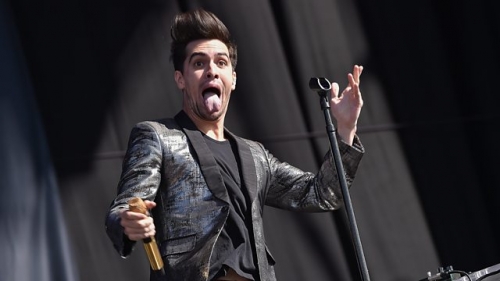 Panic! At The Disco Earn First Ever Billboard No. 1

Alt rock act Panic! At The Disco have made a welcome return to the industry, with its newest album, Death Of A Bachelor, earning their first ever no. 1 spot on the Billboard 200.

Earning 190,000 equivalent units (as in, streaming, physical sales, albums, singles) in a week, it's the highest charting and highest selling album of the band's career thus far - although as Forbes points out, it's not really a band any more, as lead singer Brendon Urie is the only current member of the group.

Four of P!ATD's five albums have charted in the top ten. Interestingly, it was their debut release A Fever You Can't Sweat Out which missed out, despite having outsold every other album by far - it was recently certified double platinum.

Following Panic! At The Disco is Adele, whose album 25 still sits at spot no. 2, followed by Purpose by Justin Bieber and Blackstar by David Bowie.

Panic! At The Disco's new album Death Of A Bachelor is out now - purchase here.