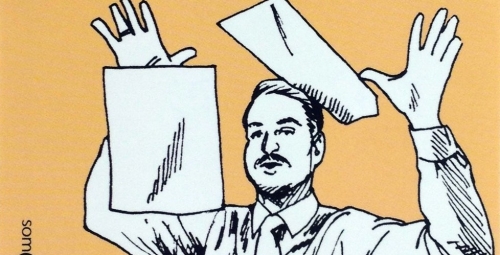 Song Premieres: We're No Longer Taking Them Because It Sucks The Joy Out Of Music Blogging

If you’re a blogger or publicist, chances are you know all about premieres by now. But just in case, I’ll try summarize it as best as I can:

Receiving hundreds of email requests every day to “blog this song” sucks (it's why I built SubmitHub). Coordinating timing for premieres and then chasing down bands who don’t agree to terms sucks. Blogging should be about sharing good music, not about trying to get a bunch of traffic. And so, we’re no longer accepting premieres.

Seriously though, you should read my full blog post below. But, as a caveat, I’ll warn that this article is from my perspective, and may miss some truths. Ultimately, I believe it to be pretty darn accurate. So here goes…

When did “blog premieres” become a big thing?

Just kidding, I love them. We wouldn’t be where we are today without Anthony + team’s fantastic platform.  And premiering music has been a thing for a long time, too. But, it’s my belief that Hype Machine is largely responsible for unintentionally expanding the practice "blog premieres."

Roughly four years ago (2012), Hype Machine realized that they had a big problem: they were scanning and publishing all of the songs that blogs were sharing, but they weren’t “collecting” them as a single song. Instead, if 20 blogs wrote about a song, it would create 20 new entries on Hype Machine.  So, they took the very logical step of combining those blog posts into one singular song entry on Hype Machine that gave a nifty summary of all the blogs who had posted it.

The unintentional misstep? They decided that whoever posted the song “first” would be credited as the original blogger, and in turn reap all the benefits of 1) being cool; 2) getting visitors from Hype Machine to their blog.

This kicked off a frenzy among bloggers.  Sharing music online became about who could do it the fastest -- all with the goal of being credited as the “first” on Hype Machine.  One of the easiest ways to ensure that you were the first blog to share a song was to pre-arrange the release with the artist, their publicist, or their label.  And so bloggers began to actively seek “exclusive premieres,” whereby the person releasing the song would agree to keep it secret until that blog had shared the song -- thus ensuring they were "first."

The only problem was that once a song was on the internet, all the other blogs would latch onto it regardless. And because Hype Machine would scan blogs at semi-regular hourly intervals (rather than every few minutes), it meant that if a second blog came along and shared your premiere, they might get credited as the original uploader.

Needless to say, Anthony and the Hype Machine team fielded numerous complaints from blogs who felt that they had been “wronged,” and that their credit as “first” had been stolen by Hype Machine’s scanning practices.  And so, Hype Machine fixed it. Rather than giving all credit to the “first” blog, they randomized the blog that would be displayed as sharing the song. And so, everyone was happy again.

Except that they’d awoken a monster…

Premieres exist. So now what?

While you may think that blogs would have lost interest in premieres once Hype Machine changed their formula, quite the opposite happened, for two reasons:

And so, the vicious cycle began.

Today, publicists increasingly use the “premiere” as a tool to get those hard-to-convince blogs that they should share a song.  And those blogs use premieres as a tool to get more visitors to their site.  Except that it barely has an impact.

This has been the cycle for the last 3 years or so, to the point where it has become a standard.  Pretty much any emerging band or publicist who is in the know uses premieres as their kick-off point. And their strategy tends to be the same: stack the blogs by size.  Start big, and work your way down until one of them says yes.

Okay. That makes sense. What’s the big deal, then?

The problem with premieres is that they have changed the way we all blog about music.  Back in the day we would share a song because we actually liked it.  We would revel in the fact that we found it on our own, and we would be excited to show all of our fans.  Heck, that’s the very essence of music blogging!

Unfortunately, that's not how things work today (in 2016). Any music blogger with decent traction knows that your email inbox is no longer sacred. At Indie Shuffle we were receiving roughly 300 submissions a day. It became so overwhelming that I instituted a “premieres only” policy -- you could only send me an email if it was a premiere request. Otherwise, I’d find out about your song through my own means, and didn't need an email about it. Even then I was still getting 50 premiere submissions a day, and I had become my own worst enemy.

It became a chore. And that sucked. I didn’t start music blogging because I wanted to read 50+ emails a day of people asking to get their music on Indie Shuffle. I started it because I enjoyed finding and listening to music.

And so, I’ve decided to do two things:

Right, that’s swell for you. But you’ve got 20+ great contributors at Indie Shuffle.  Why enforce your policy on them?

Coordinating premieres is a full-team effort.  First we need to figure out when the song gets published, which often gets muddled up given that I’m in South Africa, Hannah (our Editor In Chief) is in San Francisco, and the rest of our writers are scattered all over the world.

Then we need to make sure that when the song is published, it’s being set public by whoever sent it to us so that Hype Machine can scan it (they don’t scan private tracks).  Lastly, we need to chase down the artists / labels / publicists who don’t agree to our “terms” (which essentially say: if we premiere this song, you should announce it to your fan-base using our review).

The aforementioned tasks aren’t exactly hard (I hear you going "boo hoo"), but they’ve turned our passion for music blogging into a job.  And we’ve already got jobs.

For us, the whole point of blogging about music is because we’re passionate about it.  We don’t want to be sitting here scheduling things and sending a million emails back and forth.  And unfortunately for both Hannah and myself, when our awesome and amazing contributors are coordinating 2-3 premieres a day at the behest of publicists, it makes our lives a whole lot harder.

Top that off with the fact that the majority of the time the artists we premiere songs for don’t even share it properly, and you’ve got a) us putting in a lot of work; b) us getting no return for our efforts.

Hannah (editor in chief) and I have decided that for our future sanity, and for the integrity of Indie Shuffle, we are no longer accepting premiere pitches or coordinating pitches in general. Instead, we’ll stick to blogging about songs that we like. And we’re going to be autocratic dictators and force the whole Indie Shuffle team to adopt the same policy.

Blogging for Indie Shuffle is about finding good music and sharing that good music. It’s no longer about being “first” or trying to get as many visitors as we can.

Will other blogs follow us?  Who knows.  I don’t really care, actually.  If they enjoy doing premieres, that’s cool -- for those of them still growing, it can actually have a big positive return.  Fortunately for them, they’re about to get a bunch more requests because we’re done.

In short, I'm stoked about a future where I blog about music because I want to -- not because someone else is asking me to.